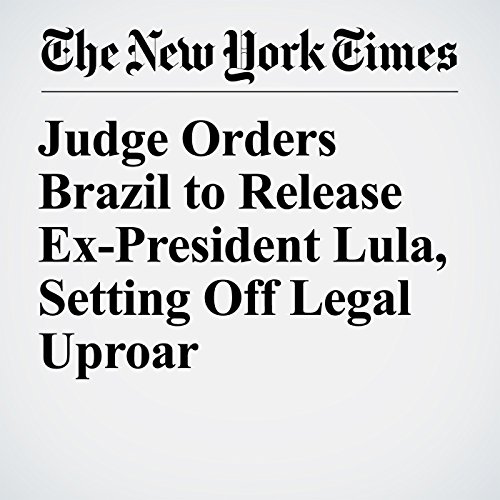 RIO DE JANEIRO — A judge in Brazil ruled Sunday that former President Luiz Inácio Lula da Silva be released from prison while he continues to appeal a corruption conviction, an unexpected decision that touched off an immediate legal and political uproar.

"Judge Orders Brazil to Release Ex-President Lula, Setting Off Legal Uproar" is from the July 08, 2018 World section of The New York Times. It was written by Ernesto Londoño and Manuela Andreoni and narrated by Kristi Burns.