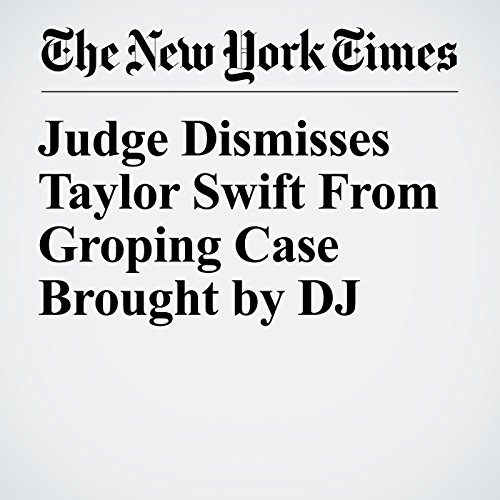 After four days of testimony, a federal judge on Friday dropped Taylor Swift from a suit filed by a radio host who took the star to court claiming she had falsely accused him of groping her.

"Judge Dismisses Taylor Swift From Groping Case Brought by DJ" is from the August 11, 2017 Arts section of The New York Times. It was written by Donna Bryson and narrated by Kristi Burns.