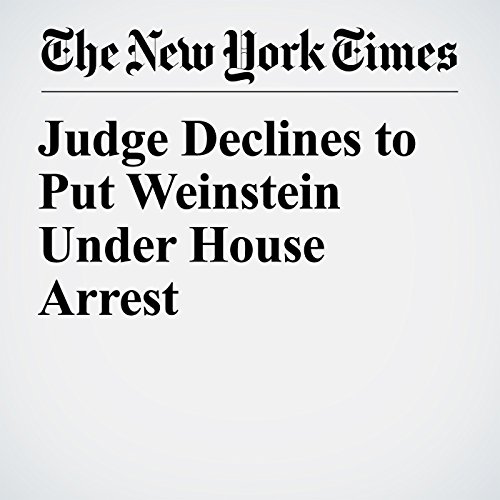 A judge denied a request from prosecutors Monday to place Harvey Weinstein under house arrest in light of new charges against the movie producer that carry a penalty of life in prison if he is convicted.

"Judge Declines to Put Weinstein Under House Arrest" is from the July 09, 2018 U.S. section of The New York Times. It was written by James C. Mckinley Jr. and narrated by Keith Sellon-Wright.