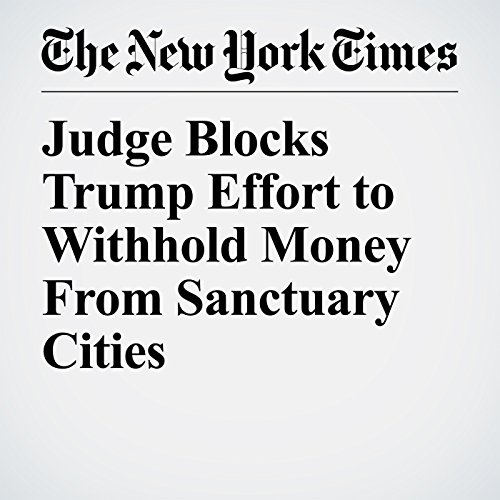 The ruling, which applies nationwide, was another judicial setback for the Trump administration, which has now seen three immigration orders stopped by federal courts in its first 100 days. And as with the rulings halting his two temporary bans on travel from several predominantly Muslim countries, the president’s own words were used against him.

"Judge Blocks Trump Effort to Withhold Money From Sanctuary Cities" is from the April 25, 2017 U.S. section of The New York Times. It was written by Vivian Yee and narrated by Kristi Burns.