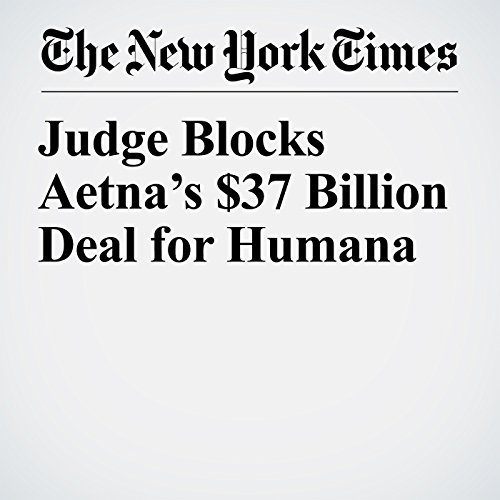 A federal judge ruled on Monday that a $37 billion merger between health insurance providers Aetna and Humana should not be consummated on antitrust grounds, siding with the Justice Department, which had been seeking to block the deal.

"Judge Blocks Aetna’s $37 Billion Deal for Humana" is from the January 23, 2017 Business section of The New York Times. It was written by Leslie Picker and Reed Abelson and narrated by Fleet Cooper.