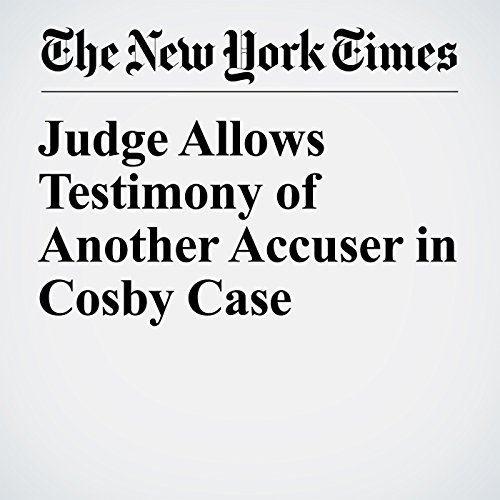 "Judge Allows Testimony of Another Accuser in Cosby Case" is from the February 24, 2017 U.S. section of The New York Times. It was written by Graham Bowley and narrated by Mike DelGaudio.