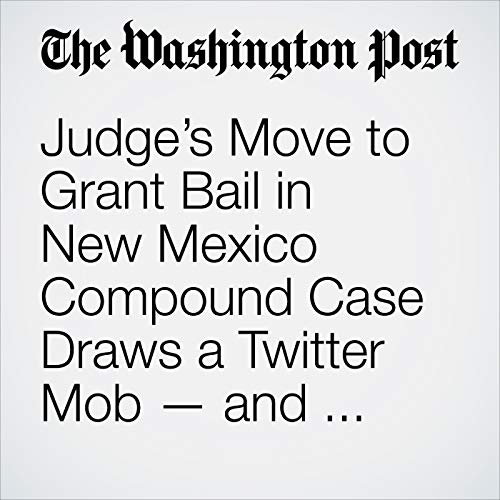 In her ruling that five suspects arrested at a New Mexico compound with 11 children could be released to house arrest on $20,000 bonds, Judge Sarah C. Backus indicated she knew how the decision in the high-profile case would be received.

"Judge’s Move to Grant Bail in New Mexico Compound Case Draws a Twitter Mob — and Death Threats" is from the August 17, 2018 National section of The Washington Post. It was written by Eli Rosenberg and narrated by Caroline Miller.