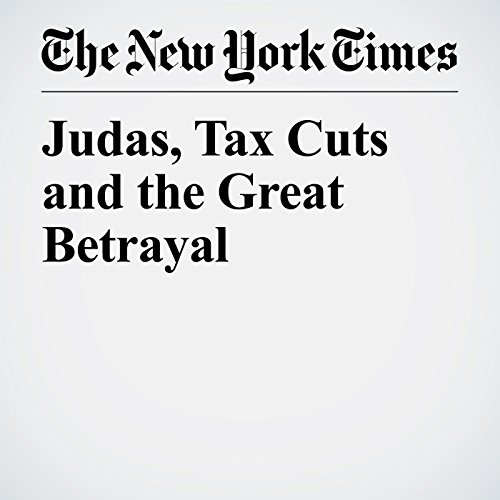 Everyone understands that Comey was fired not because of his misdeeds during the campaign — misdeeds that helped put Trump in the White House — but because his probe of Russian connections with the Trump campaign was accelerating and, presumably, getting too close to home. So this looks very much like the use of presidential power to cover up possible foreign subversion of the U.S. government.

"Judas, Tax Cuts and the Great Betrayal" is from the May 11, 2017 Opinion section of The New York Times. It was written by Paul Krugman and narrated by Mike DelGaudio.