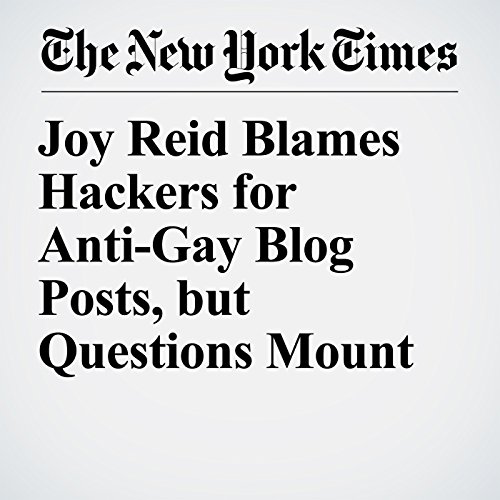 Back in December, after a series of homophobic posts on her defunct, decadeold blog resurfaced on social media, MSNBC host Joy Reid apologized for them. But this week, when Reid was confronted with a new batch of homophobic writings from that same period, she said she had been the victim of hackers.

"Joy Reid Blames Hackers for Anti-Gay Blog Posts, but Questions Mount" is from the April 24, 2018 Business section of The New York Times. It was written by Liam Stack and narrated by Kristi Burns.