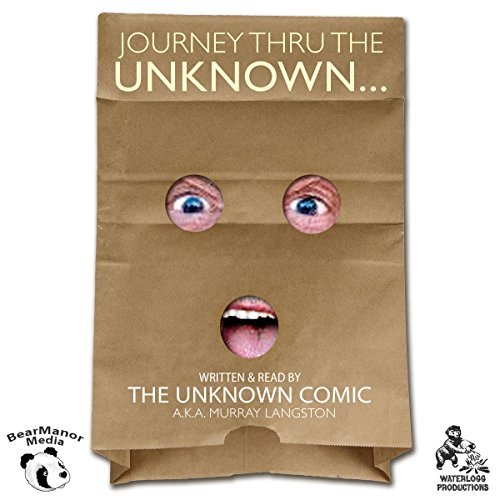 The memoir of Murray Langston, aka The Unknown Comic, is a detailed account of the highlights and lowlights of each year of his life from June 27, 1944, until his 69th birthday on June 27, 2013.

It's the story of how a poor kid from Montreal, being influenced by Jerry Lewis, longed to follow in his funny steps and somehow leave Canada and make it to Hollywood.

Spiced with humor, drama, and enough celebrities to warrant the alternate title Name-Droppers, Journey Thru the Unknown offers many surprising revelations, including Murray being threatened by Frank Sinatra, partying all night with Elvis Presley, spending Christmas Eve with Lucille Ball, watching Bob Hope's Christmas show when he was in the military and working with him 20 years later, attending the Academy Awards, double dating with Robin Williams, appearing with Patrick Swayze in his first film, hanging out at Steve Martin's house, playing practical jokes on Carol Burnett, befriending David Letterman on his first arrival in Los Angeles, holding Kate Hudson when she was only weeks old, hanging out at the Playboy mansion, and costarring with Jim Carrey in his very first television appearance.

Hear about Murray appearing for four years with Sonny and Cher, working alongside Ronald Reagan, O. J. Simpson, Bobby Darin, the Jackson 5, and his hero at the time, Jerry Lewis, among so many others.

Hear about how he also worked on several other television series, starring Roger Miller, Wolfman Jack, Bobby Vinton, the Hudson Brothers, and more.

Hear about his appearing on practically every talk show of that era, from The Tonight Show to Merv Griffin, Mike Douglas, John Davidson, Dinah Shore, Howard Stern...and more.

Hear about his appearing at almost every hotel in Las Vegas, from the Sahara, the Riviera, the Sands, and the Tropicana to the Landmark, the Dunes, and more.