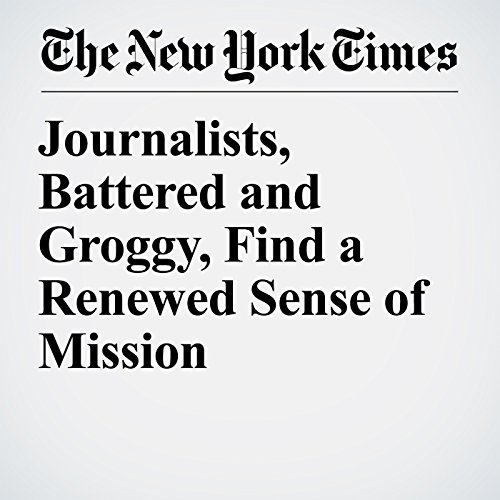 Journalists, Battered and Groggy, Find a Renewed Sense of Mission

News organizations like The Washington Post, The New York Times and CNN are jousting for scoops, but instead of sending clerks to grab the early editions from newsstands, editors watch the news unfold on Twitter in real time. Anonymous sources are driving bombshell stories, and leaks are springing from encrypted iPhone messaging apps rather than from meetings in underground parking garages.

"Journalists, Battered and Groggy, Find a Renewed Sense of Mission" is from the February 15, 2017 Business section of The New York Times. It was written by Michael M. Grynbaum and Sydney Ember and narrated by Caroline Miller.