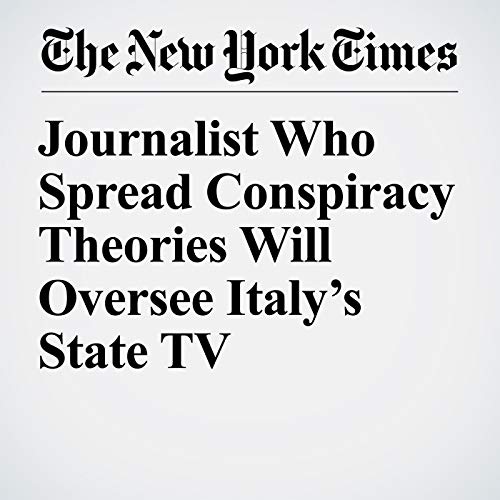 Marcello Foa has spread the claim that Hillary Clinton attended a satanic dinner. He broke the news on his blog of a full-scale U.S. military mobilization that never happened. A fan of Russian President Vladimir Putin and a guest on Russia Today, he doubts the evidence that Moscow’s operatives poisoned a former Soviet spy because it is “too obvious.”

"Journalist Who Spread Conspiracy Theories Will Oversee Italy’s State TV" is from the September 28, 2018 World section of The New York Times. It was written by Jason Horowitz and narrated by Fleet Cooper.