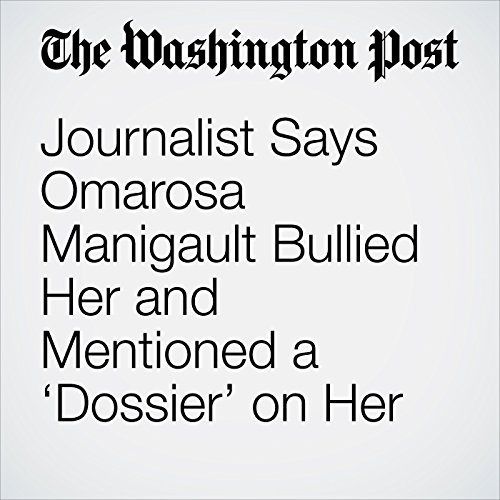 Conflict and controversy seem to follow Omarosa Manigault, who stirred up plenty of both as a reality-TV star and a longtime associate of President Trump.

"Journalist Says Omarosa Manigault Bullied Her and Mentioned a ‘Dossier’ on Her" is from the February 13, 2017 Lifestyle section of The Washington Post. It was written by Paul Farhi and narrated by Jenny Hoops.