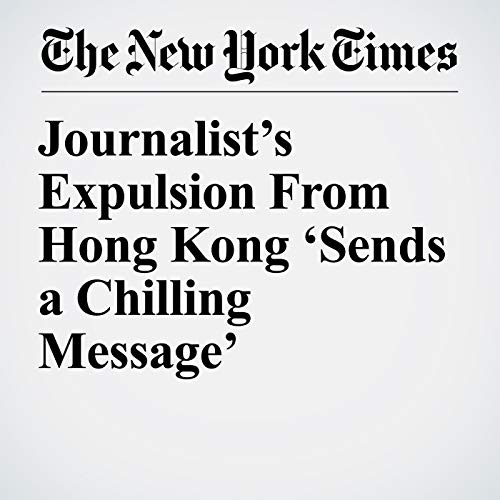 HONG KONG — The Financial Times said in an editorial Sunday that the expulsion of one of its journalists from Hong Kong sends a chilling message about the steady erosion of basic rights in the semiautonomous Chinese city, as more than 15,000 people signed an online petition calling for an explanation from the government.

"Journalist’s Expulsion From Hong Kong ‘Sends a Chilling Message’" is from the October 08, 2018 World section of The New York Times. It was written by Austin Ramzy and narrated by Keith Sellon-Wright.