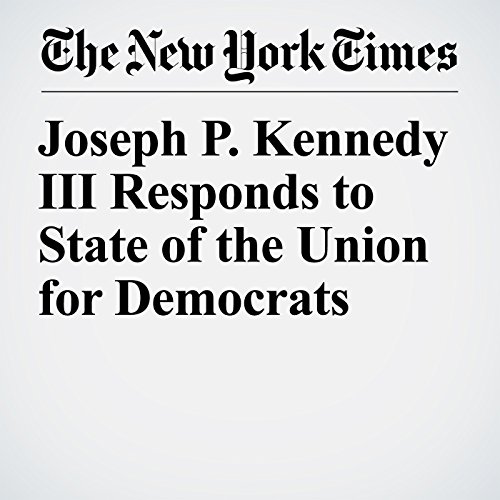 Without uttering the president’s name, Rep. Joseph P. Kennedy III chastised the Trump administration Tuesday night for what he said was its abandonment of the fundamental values for which the nation stands.

"Joseph P. Kennedy III Responds to State of the Union for Democrats" is from the January 30, 2018 U.S. section of The New York Times. It was written by Katharine Q. Seelye and narrated by Keith Sellon-Wright.