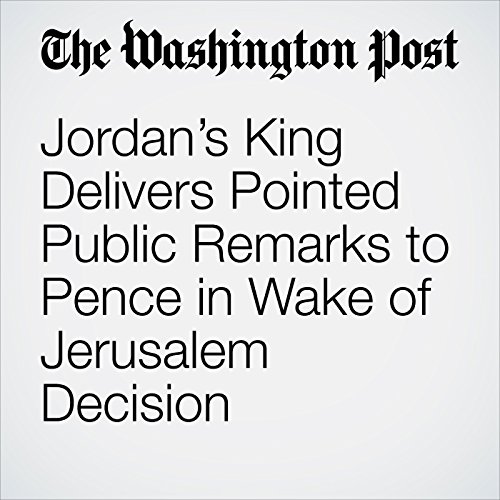 In pointed public remarks, Jordan’s King Abdullah II told Vice President Pence on Sunday that he had repeatedly warned Washington about the risks of recognizing Jerusalem as Israel’s capital and that he hoped the the United States would now “reach out” and find the right way to move forward.

"Jordan’s King Delivers Pointed Public Remarks to Pence in Wake of Jerusalem Decision" is from the January 21, 2018 World section of The Washington Post. It was written by Jenna Johnson and Loveday Morris and narrated by Sam Scholl.