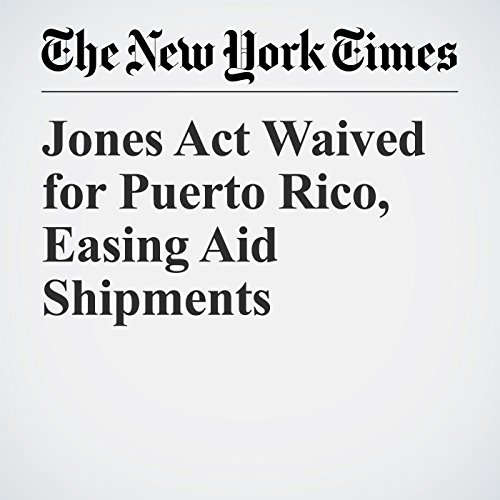 The Trump administration said on Thursday that it would waive the Jones Act for Puerto Rico, a century-old shipping law that Puerto Rican officials said was hindering efforts to get supplies to the island.

"Jones Act Waived for Puerto Rico, Easing Aid Shipments" is from the September 28, 2017 U.S. section of The New York Times. It was written by Niraj Chokshi and narrated by Keith Sellon-Wright.