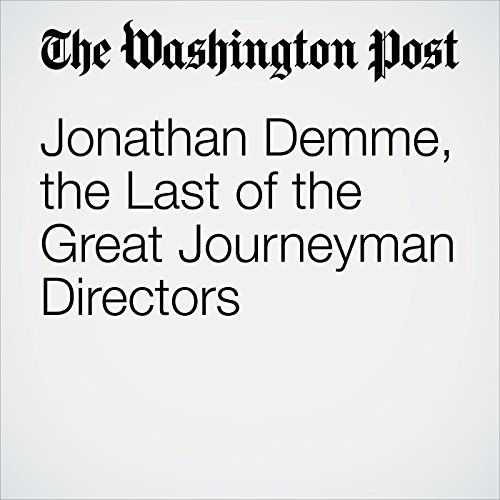 That was Jonathan Demme speaking during an interview 10 years ago, as he prepared to be honored at the Charles Guggenheim Symposium at the Silverdocs film festival. As a nonfiction filmmaker every bit as attracted to Haitian culture and Middle East politics as music and spirituality, there’s no doubt that Demme — who died Wednesday at the age of 73 — possessed the energy, curiosity and humanism befitting Guggenheim’s legacy. As a director who swung regularly between the worlds of documentaries and narrative features, he embodied the best principles of each, which in turn nourished his work in both.

"Jonathan Demme, the Last of the Great Journeyman Directors" is from the April 26, 2017 Lifestyle section of The Washington Post. It was written by Ann Hornaday and narrated by Sam Scholl.