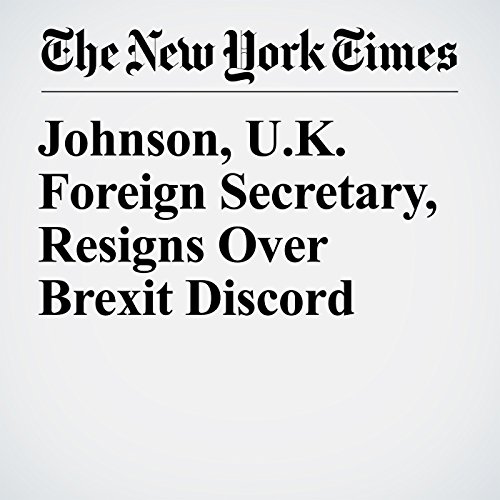 LONDON — Boris Johnson resigned as Britain’s foreign secretary Monday, becoming the second Cabinet minister to quit in less than 24 hours in protest over plans from Prime Minister Theresa May to soften the economic impact of British withdrawal from the European Union.

"Johnson, U.K. Foreign Secretary, Resigns Over Brexit Discord" is from the July 09, 2018 World section of The New York Times. It was written by Stephen Castle and Michael Wolgelenter and narrated by Kristi Burns.