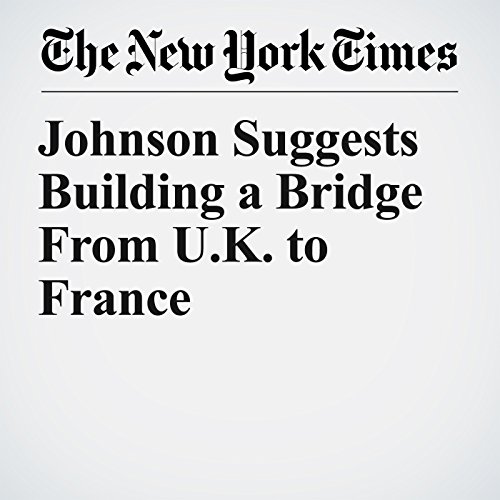 The idea of a bridge spanning the English Channel has been rejected time and again as too expensive, impractical or downright dangerous, but even in the era of the Channel Tunnel, a bridge still catches the imaginations of some people. Just ask Boris Johnson.

"Johnson Suggests Building a Bridge From U.K. to France" is from the January 19, 2018 World section of The New York Times. It was written by Richard Pérez Peña and narrated by Barbara Benjamin-Creel.