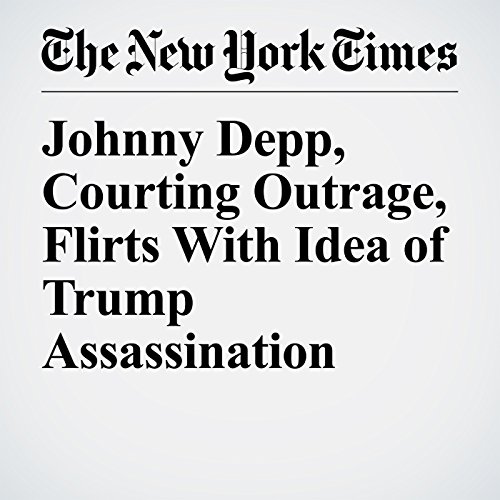 The actor Johnny Depp is the latest American entertainment figure to suggest — however jokingly, ironically or obliquely — the killing of President Donald Trump.

"Johnny Depp, Courting Outrage, Flirts With Idea of Trump Assassination" is from the June 23, 2017 Entertainment section of The New York Times. It was written by Dan Bilefsky and narrated by Barbara Benjamin-Creel.