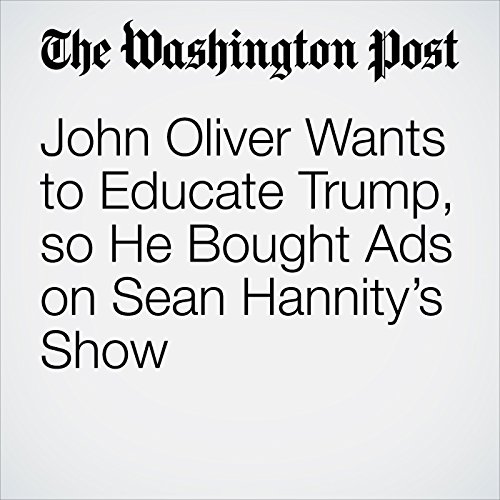 John Oliver plans to air Trump-mocking public service announcements — in which a cowboy explains basic concepts to the president — on Fox News host Sean Hannity’s show this week, in hopes Trump will see them and avoid a nuclear crisis.

"John Oliver Wants to Educate Trump, so He Bought Ads on Sean Hannity’s Show" is from the April 23, 2018 Arts and Entertainment section of The Washington Post. It was written by Avi Selk and narrated by Sam Scholl.