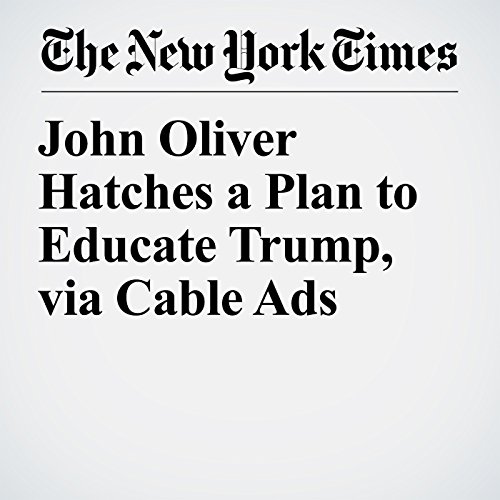 John Oliver kicked off his fourth season on HBO on Sunday night with 25 minutes of predictable outrage that built to five spectacular minutes of brashly original guerrilla warfare.

"John Oliver Hatches a Plan to Educate Trump, via Cable Ads" is from the February 13, 2017 Arts section of The New York Times. It was written by Neil Genzlinger and narrated by Fleet Cooper.