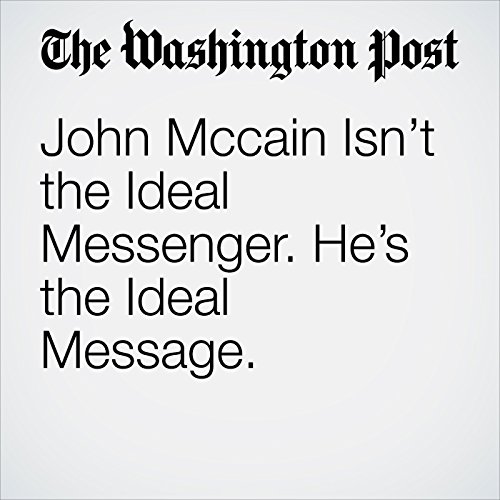 In a matter of months, maybe weeks, maybe days, the president of the United States will try to speak for the nation on the death of Sen. John S. McCain III. At 81 , McCain has been the model of stoic virtue in reckoning with his terminal brain cancer, so this prediction will neither surprise nor offend him. “What is your life?” asks the Book of James, Chapter 4, verse 14. “You are a mist that appears for a little while and then vanishes.”

"John Mccain Isn’t the Ideal Messenger. He’s the Ideal Message." is from the May 04, 2018 Opinion section of The Washington Post. It was written by David Von Drehle and narrated by Sam Scholl.