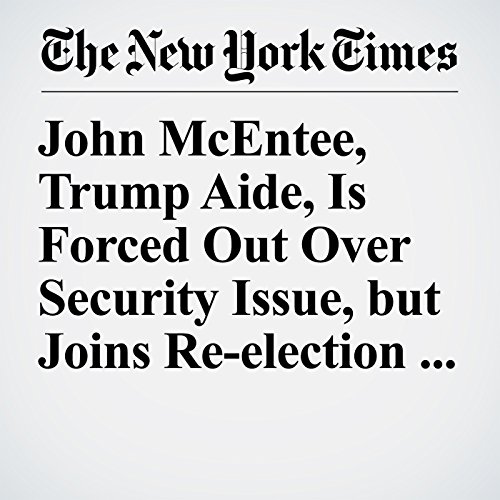 John McEntee, who has served as President Donald Trump’s personal assistant since Trump won the presidency, was forced out of his position and escorted from the White House on Monday after his security clearance was revoked, officials with knowledge of the incident said.

"John McEntee, Trump Aide, Is Forced Out Over Security Issue, but Joins Re-election Campaign" is from the March 13, 2018 U.S. section of The New York Times. It was written by Michael D. Shear, Maggie Haberman and narrated by Kristi Burns.