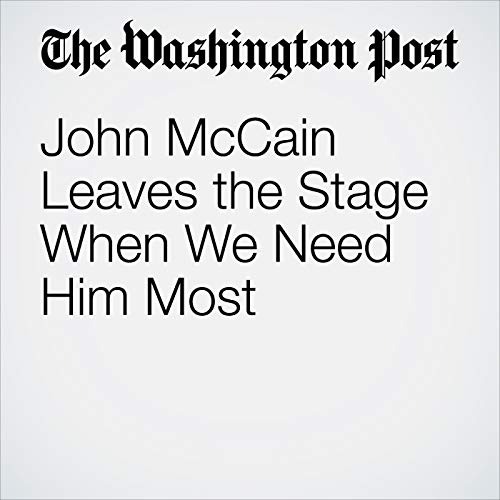 Abraham Lincoln said, “Character is like a tree and reputation like its shadow. The shadow is what we think of it; the tree is the real thing.” Sen. John McCain (R-Ariz.) was the real thing, and that is why his reputation will cast such a long shadow over our politics for years to come.

"John McCain Leaves the Stage When We Need Him Most" is from the August 25, 2018 Opinion section of The Washington Post. It was written by Max Boot and narrated by Sam Scholl.