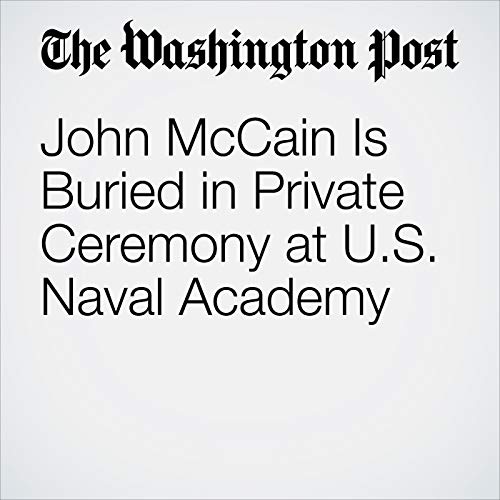 The late senator John McCain was buried Sunday in a private ceremony at the U.S. Naval Academy in Annapolis, bringing to a close five days of events honoring the late Arizona Republican.

"John McCain Is Buried in Private Ceremony at U.S. Naval Academy" is from the September 02, 2018 Politics section of The Washington Post. It was written by Felicia Sonmez and Colby Itkowitz and narrated by Sam Scholl.