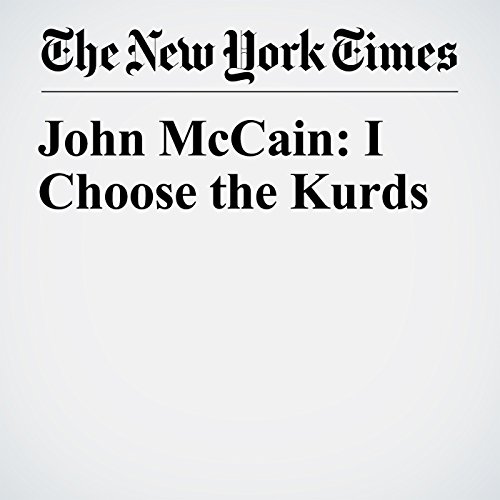 Clashes this month between elements of the Iraqi security forces and Kurdish fighters around Kirkuk are deeply troubling, in particular because of the United States’ longstanding friendship with the Kurdish people. These clashes are also emblematic of a broader, more troubling reality: Beyond our tactical successes in the fight against the Islamic State, the United States is still dangerously lacking a comprehensive strategy toward the rest of the Middle East in all of its complexity.

"John McCain: I Choose the Kurds" is from the October 24, 2017 Opinion section of The New York Times. It was written by John McCain and narrated by Kristi Burns.