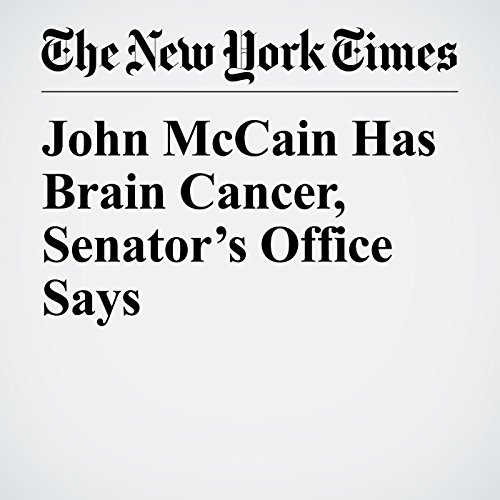 Sen. John McCain, the 2008 Republican presidential nominee known for his independent streak over more than three decades representing Arizona in the Senate, has brain cancer, his office disclosed Wednesday night in a statement from the Mayo Clinic.

"John McCain Has Brain Cancer, Senator’s Office Says" is from the July 20, 2017 U.S. section of The New York Times. It was written by Carl Hulse and narrated by Kristi Burns.