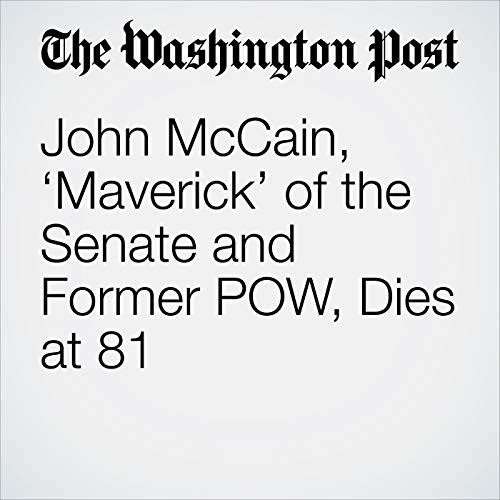 U.S. Sen. John S. McCain, the son and grandson of four-star admirals, was bred for combat. He endured more than five years of imprisonment and torture by the North Vietnamese as a young naval officer and went on to battle foes on the left and the right in Washington, driven throughout by a code of honor that both defined and haunted him.

"John McCain, ‘Maverick’ of the Senate and Former POW, Dies at 81" is from the August 25, 2018 National section of The Washington Post. It was written by Karen Tumulty and narrated by Sam Scholl.