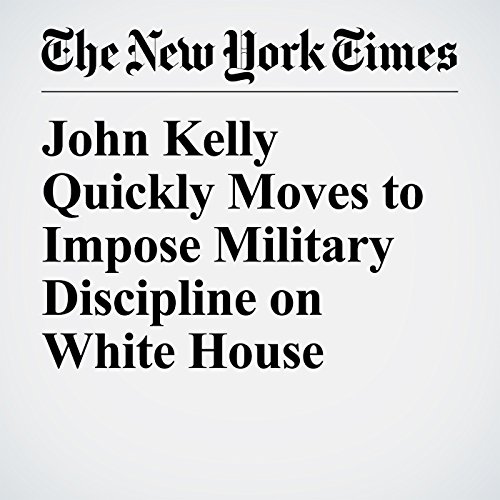 In his six months as Homeland Security secretary, John F. Kelly often described the White House as one of the most dysfunctional organizations he had ever seen, complained to colleagues and allies about its meddling, incompetence and recklessness, and was once so angry he briefly considered quitting.

"John Kelly Quickly Moves to Impose Military Discipline on White House" is from the August 03, 2017 U.S. section of The New York Times. It was written by Glenn Thrush, Michael D. Shear and Eileen Sullivan and narrated by Barbara Benjamin-Creel.