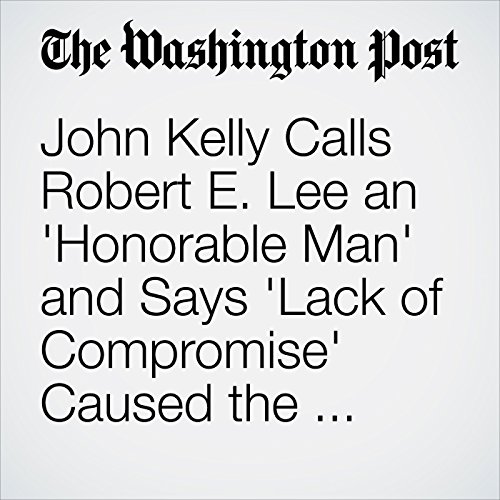 White House Chief of Staff John F. Kelly on Monday called Robert E. Lee “an honorable man” and said that “the lack of an ability to compromise” led to the Civil War, once again thrusting himself into the public spotlight on an emotionally charged issue.

"John Kelly Calls Robert E. Lee an 'Honorable Man' and Says 'Lack of Compromise' Caused the Civil War" is from the October 31, 2017 National section of The Washington Post. It was written by Eli Rosenberg and Cleve R. Wootson Jr. and narrated by Sam Scholl.