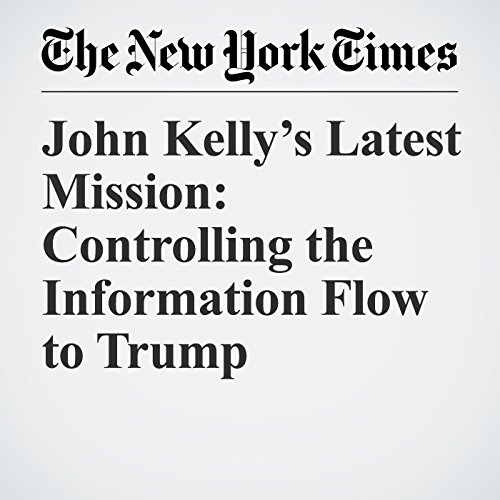 For months, the White House under President Donald Trump operated with few real rules, and those were barely enforced. People wandered into the Oval Office throughout the day. The president was given pieces of unvetted information, and found more on his own that he often tweeted out. Policy decisions were often based on whoever had last gotten Trump’s attention.

"John Kelly’s Latest Mission: Controlling the Information Flow to Trump" is from the August 24, 2017 U.S. section of The New York Times. It was written by Maggie Haberman and narrated by Barbara Benjamin-Creel.