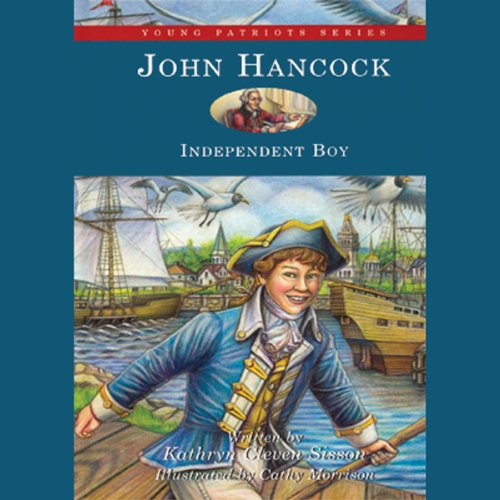 The life of John Hancock, contemporary of Samuel Adams and Paul Revere, and first to sign the Declaration of Independence, is featured in this volume of the Young Patriots series. Detailing Hancock's early years, this work focuses on his relationship with boyhood friend John Adams and his academic struggles with what he would later become most famous for: his writings.

Hancock's famous achievements later in life are also chronicled, from attending the Boston Tea Party to becoming president of the Continental Congress. The entirety of his life is colorfully illustrated with renderings that convey the drama of the birth of the United States.

My kids loved it

This was great. My kids loved it. We listened to it in one sitting while playing with Legos. My kids were excited to hear names they had heard before especially Paul Revere, and now they want to take a field trip to see all the places mentioned in the book. Thank you for having this in the plus catalog!