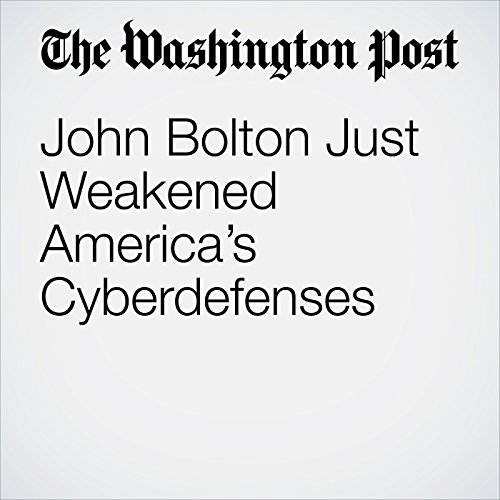 In February, Director of National Intelligence Daniel Coats deemed cyberwarfare the No. 1 threat to the United States. Yet this month, new national security adviser John Bolton decided to eliminate the cybersecurity coordinator position on the National Security Council. Bolton’s decision, justified as a move to “streamline” what is asserted to be a “core capability,” instead is likely to downgrade the priority of cybersecurity and leave top national security officials ill-equipped.

"John Bolton Just Weakened America’s Cyberdefenses" is from the May 25, 2018 Opinion section of The Washington Post. It was written by Suzanne Spaulding and narrated by Jenny Hoops.