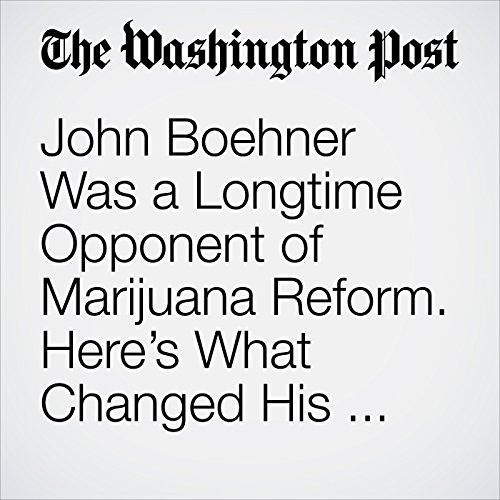 John A. Boehner, the former Republican speaker of the House who once said he was “unalterably opposed” to decriminalizing marijuana laws, has joined a board of directors for a cannabis company with an eye on rolling back federal regulations.

"John Boehner Was a Longtime Opponent of Marijuana Reform. Here’s What Changed His Mind." is from the April 11, 2018 Business section of The Washington Post. It was written by Alex Horton and Christopher Ingraham and narrated by Sam Scholl.