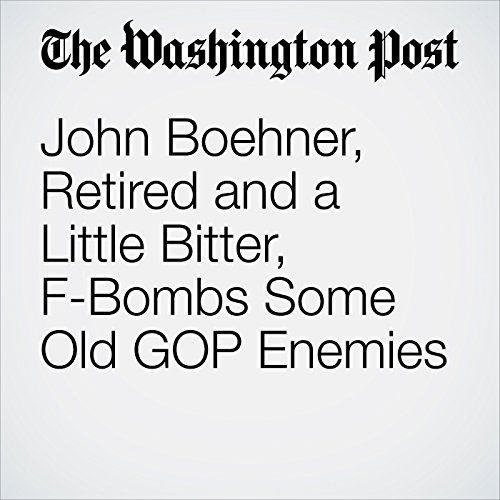 John A. Boehner has always had a gruff side. During his four-plus years as House speaker, the Ohio Republican let it show occasionally, like when he told former Democratic leader Harry M. Reid “go f— yourself” outside the Oval Office.

"John Boehner, Retired and a Little Bitter, F-Bombs Some Old GOP Enemies" is from the October 30, 2017 Politics section of The Washington Post. It was written by Derek Hawkins and narrated by Sam Scholl.