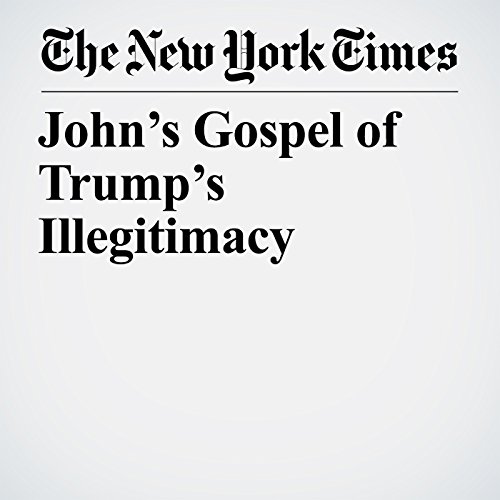 The release of the clip in which Lewis made his stark assessment came on the same day that the FBI director, James Comey, and other intelligence officials provided a classified briefing to members of the House, no doubt divulging information to which we mere mortals are not privy. After the meeting, Rep. Maxine Waters of California blasted: “It’s classified and we can’t tell you anything. All I can tell you is the FBI director has no credibility!”

"John’s Gospel of Trump’s Illegitimacy" is from the January 15, 2017 Opinion section of The New York Times. It was written by Charles M. Blow and narrated by Fleet Cooper.