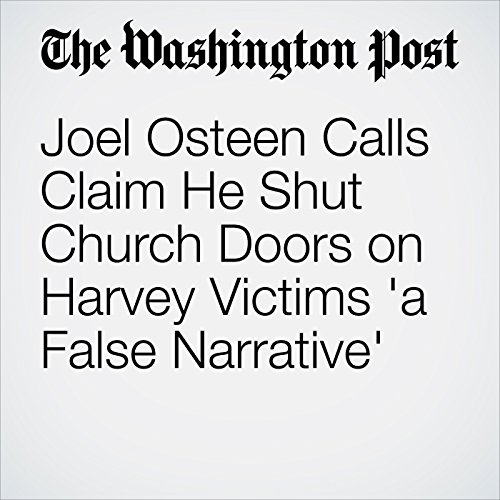 Joel Osteen, Houston’s celebrity televangelist, pushed back against accusations that he closed off his 606,000-square-foot megachurchamid a flooding crisis that has displaced thousands of residents.

"Joel Osteen Calls Claim He Shut Church Doors on Harvey Victims 'a False Narrative'" is from the August 30, 2017 Acts of Faith section of The Washington Post. It was written by Stephanie Kuzydym and Kristine Phillips and narrated by Sam Scholl.