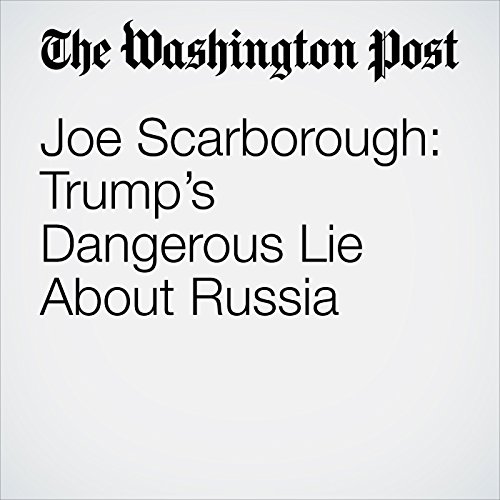 President Trump’s claim that America is morally on par with Russia’s corrupt dystopian regime was so historically ignorant that even timid Republicans felt compelled to speak out this week. Perhaps that is because remaining silent in the face of such a morally disorienting claim would make them look like fools.

"Joe Scarborough: Trump’s Dangerous Lie About Russia" is from the February 07, 2017 Opinion section of The Washington Post. It was written by Joe Scarborough and narrated by Jenny Hoops.