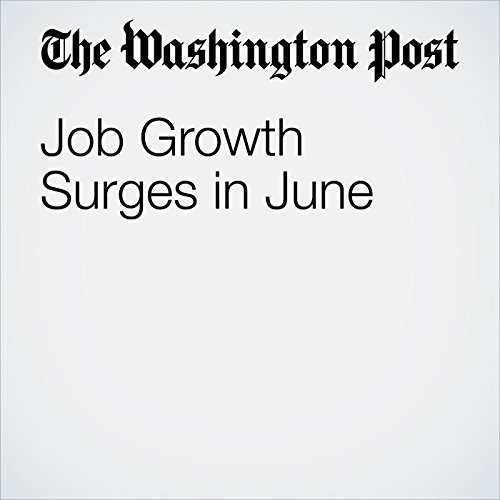 The momentum in the U.S. labor market picked up in June, new government data showed Friday, with employers adding 222,000 jobs. The figure surpassed estimates of economists surveyed by Bloomberg, who had expected an addition of 178,000 jobs in the month.

"Job Growth Surges in June" is from the July 07, 2017 National section of The Washington Post. It was written by Ana Swanson and narrated by Jenny Hoops.