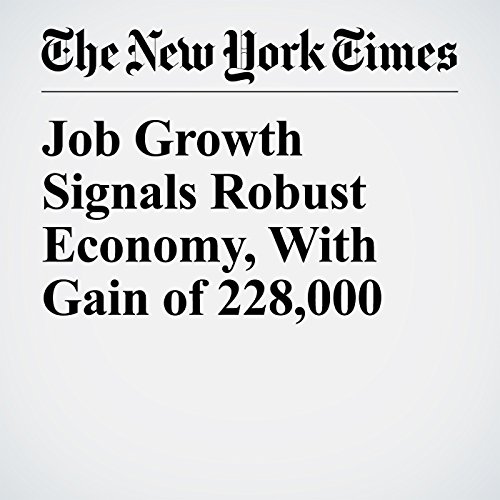 The U.S. job market is the strongest it’s been in a decade, and arguably the strongest since 2000. The United States has now added jobs for 86 consecutive months — a downward blip in September was later revised to show a small gain — and the unemployment rate is lower than it ever got during the last boom, which ended when the housing bubble burst. Even wage growth, long the weak spot in an otherwise strong recovery, is showing signs of picking up.

"Job Growth Signals Robust Economy, With Gain of 228,000" is from the December 08, 2017 Business section of The New York Times. It was written by Ben Casselman and narrated by Barbara Benjamin-Creel.