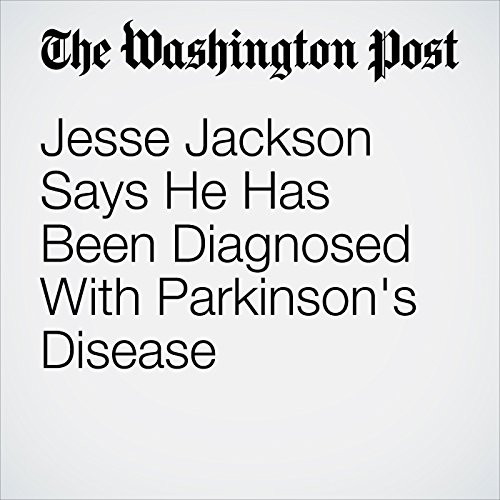 The Rev. Jesse L. Jackson, the civil rights leader and former presidential candidate, announced Friday that he has Parkinson’s disease. Jackson, 76, said he had found it “increasingly difficult to perform routine tasks” and get around in recent years. After initially resisting due to his work, Jackson said, he relented and sought medical testing.

"Jesse Jackson Says He Has Been Diagnosed With Parkinson's Disease" is from the November 17, 2017 National section of The Washington Post. It was written by Mark Berman and narrated by Jenny Hoops.