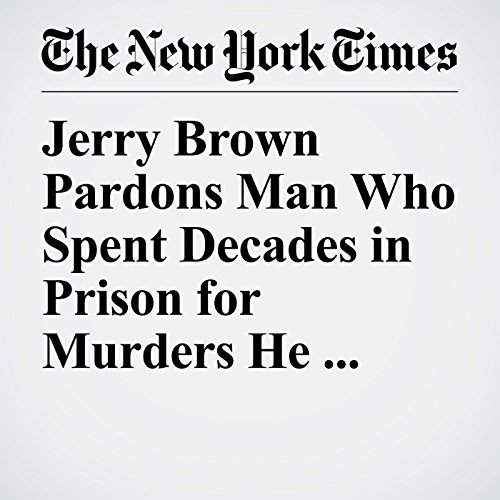 A California man who served nearly 40 years in prison for murders of a woman and her 4-year-old son that he said he did not commit has been pardoned by Gov. Jerry Brown after a new investigation proved he was wrongly convicted.

"Jerry Brown Pardons Man Who Spent Decades in Prison for Murders He Didn’t Commit" is from the November 23, 2017 U.S. section of The New York Times. It was written by Christine Hauser and narrated by Barbara Benjamin-Creel.