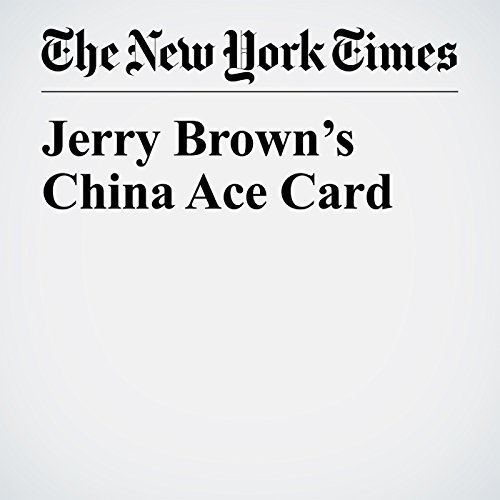 China’s push to become a major player in electric cars is already shaking up the global auto industry. California’s governor is hoping it will also give the state an advantage in its continuing showdown with Detroit over battery-powered vehicles.

"Jerry Brown’s China Ace Card" is from the November 30, 2017 U.S. section of The New York Times. It was written by Keith Bradsher and narrated by Mike DelGaudio.