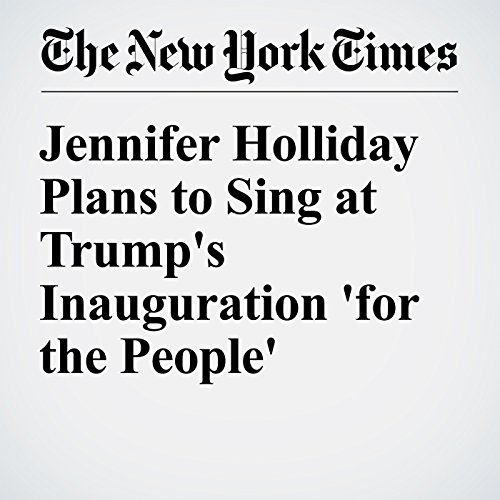 Holliday, speaking during a telephone interview Friday afternoon, said she had not supported Trump’s candidacy — “I voted for Mrs. Clinton, and they knew that.” But, she said, “if someone wants me to sing a national anthem or something, we think about America, and we go.”

"Jennifer Holliday Plans to Sing at Trump's Inauguration 'for the People'" is from the January 13, 2017 Entertainment section of The New York Times. It was written by Michael Paulson and narrated by Paul Ryden.