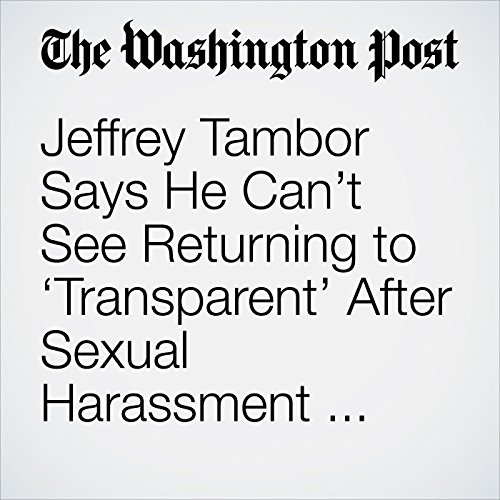 "Jeffrey Tambor Says He Can’t See Returning to ‘Transparent’ After Sexual Harassment Allegations" is from the November 19, 2017 Arts and Entertainment section of The Washington Post. It was written by Emily Yahr and narrated by Sam Scholl.