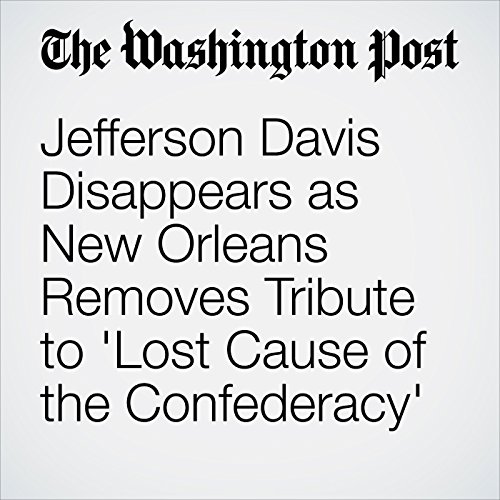 Jefferson Davis served as the first and only President of the Confederate States of America, though his legacy as rebel leader does not exactly shine in the historical record. The Civil War Trust notes that “Davis’ popularity and effectiveness were not enhanced by the growing numbers of Confederate defeats,” and Davis was captured in the waning days of the war by Union soldiers after he had fled the Confederate capital in Richmond.

"Jefferson Davis Disappears as New Orleans Removes Tribute to 'Lost Cause of the Confederacy'" is from the May 10, 2017 National section of The Washington Post. It was written by J. Freedom du Lac, Janell Ross and Avi Selk and narrated by Sam Scholl.