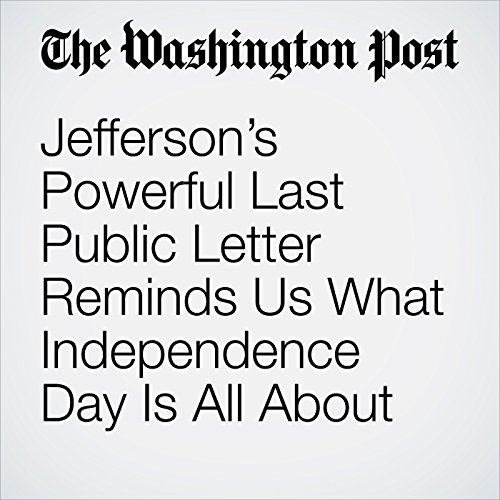 As the nation’s 50th Fourth of July approached in 1826, Thomas Jefferson was at one of the lowest points of his life.

"Jefferson’s Powerful Last Public Letter Reminds Us What Independence Day Is All About" is from the July 03, 2017 Retropolis section of The Washington Post. It was written by Gregory S. Schneider and narrated by Barbara Benjamin-Creel.