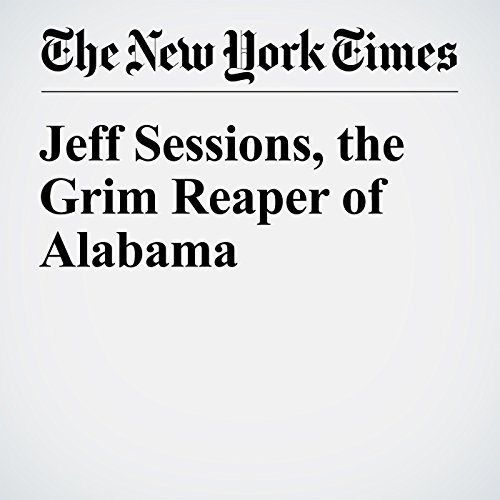 When Jeff Sessions was Alabama’s attorney general, he supported the death sentence for a Ku Klux Klan member convicted of lynching a black teenager. Sessions, whose confirmation hearings for attorney general begin Tuesday, points to this to rebut the charges of racism that have followed him for decades.

"Jeff Sessions, the Grim Reaper of Alabama" is from the January 08, 2017 Opinion section of The New York Times. It was written by John J. Donohue Iii and Max Schoening and narrated by Fleet Cooper.